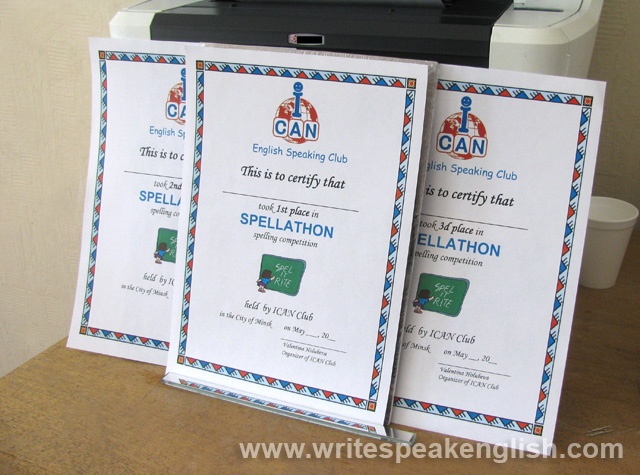 По-русски
Add to favorites
May 14, 2017 was the date when young members of ICAN Club demonstrated their spelling and writing skills in English.  ICAN Club members had been developing their writing skills through out the year by running their journals and writing for our Community Talk section of this web-site.

The list of words for Spellathon 2017 contained useful lexis, which have the potential for making their speech and writing more exact, expressive and natural.
ICAN Club's Spellathon spelling competition differs from the  popular Spelling Bee contest by two features, which make it more suitable for non-native speakers of English:
a) there is a list of words to be practiced
b) it tests not only spelling, but also the meaning and usage of the words
c) there is a writing task in the form of dictation-translation, which focuses on elimination of the most frequent mistakes caused by the interference of the first language. 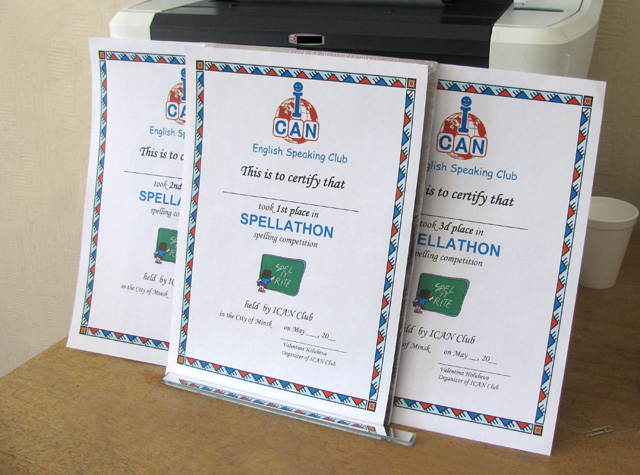 There were three groups of learners: Middle, Junior and Senior. Each group competed among themselves.
We also invited parents and guests to support the contestant. 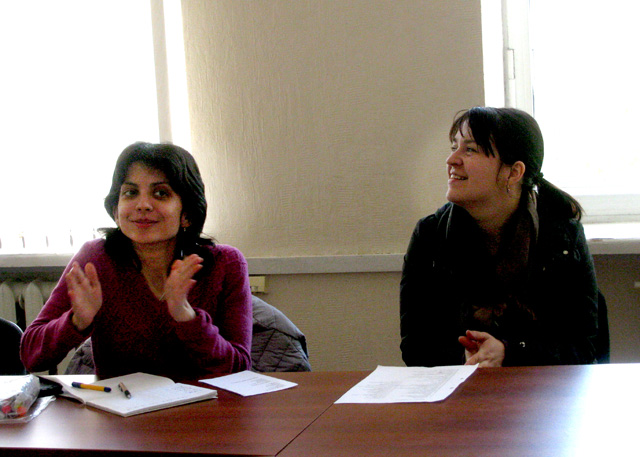 One guest, a teacher of English, was a jury. We thank Anna Bondarchuk for her time, the supportive attitude and encouraging comments!
At the beginning of the contest they drew their numbers, which established the order of taking the challenge. 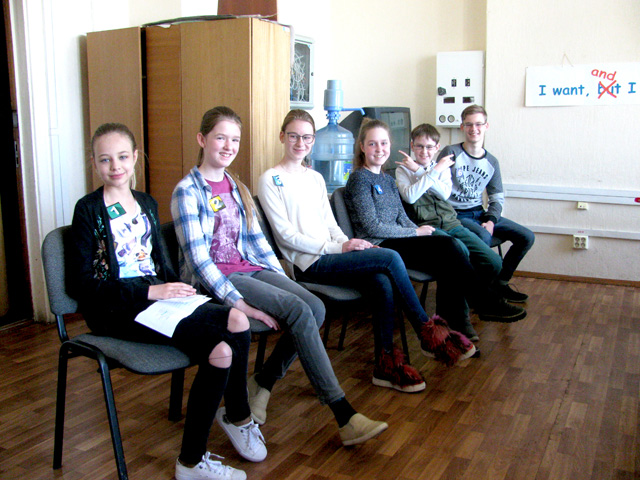 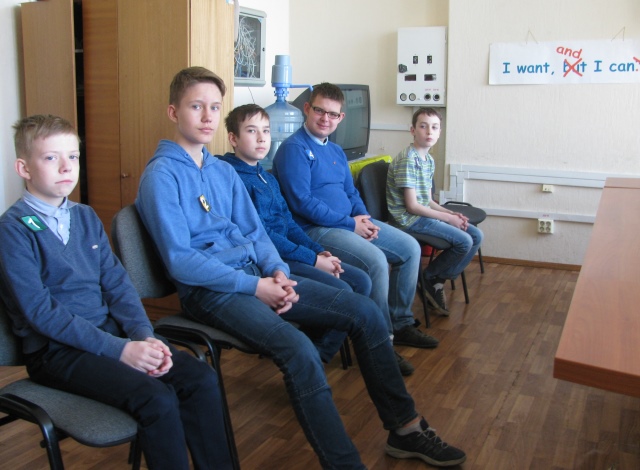 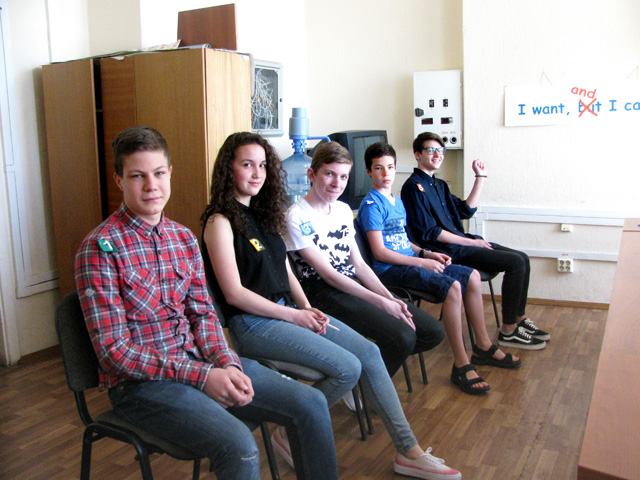 Participants in turn looked at an image on the slide, guessed the word from the list and spelled it out.
We usually give two tries. If a participant makes a mistake, we allow to spell the word once again. 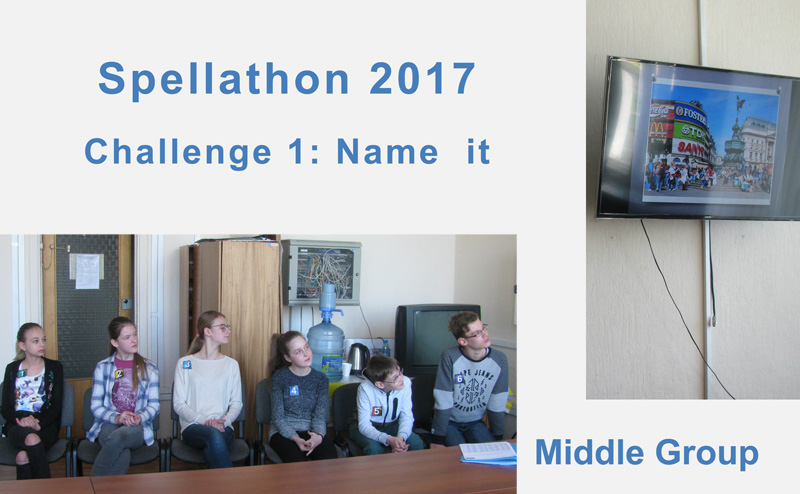 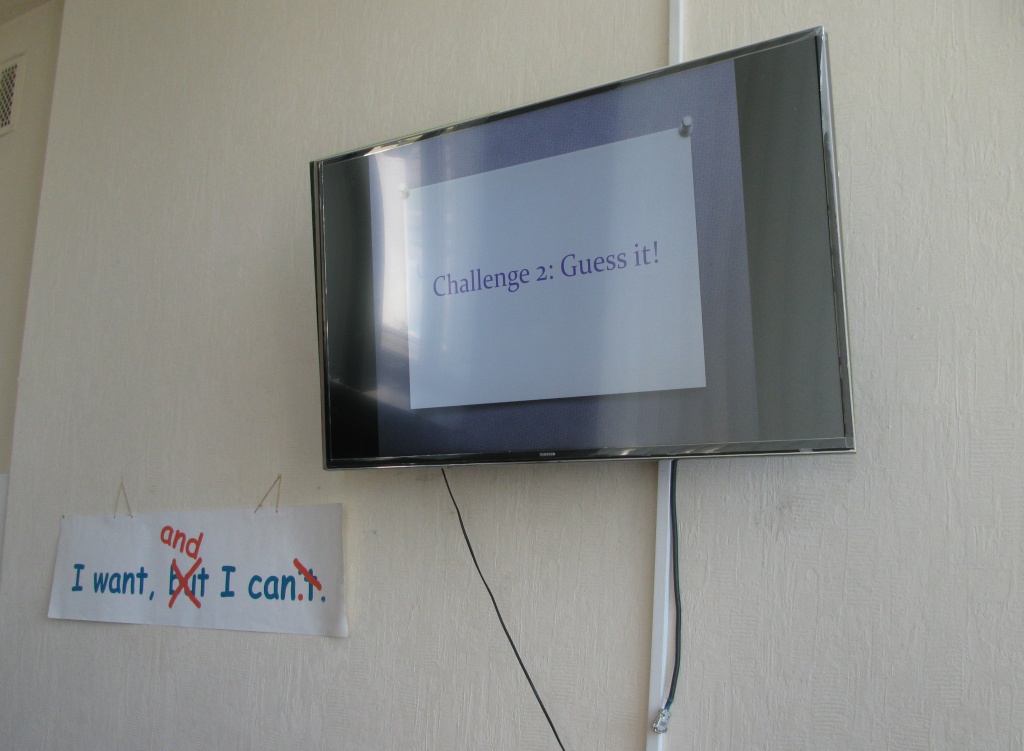 Participants were to read a statement in the slide, guess the word from the list and spell it out. 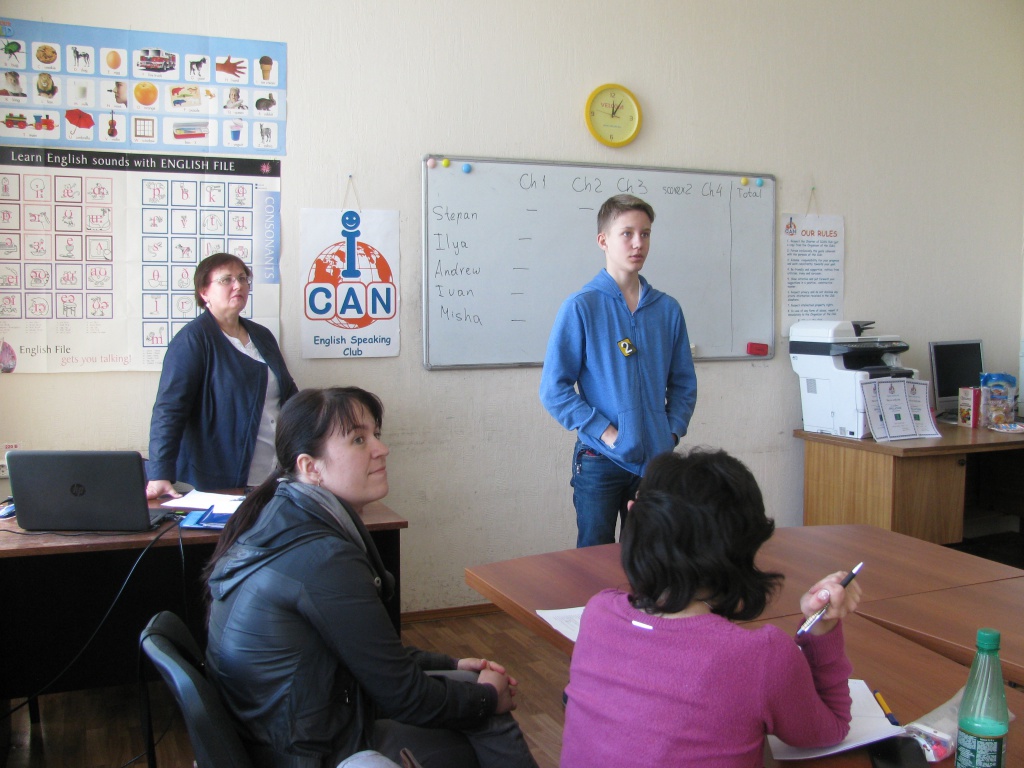 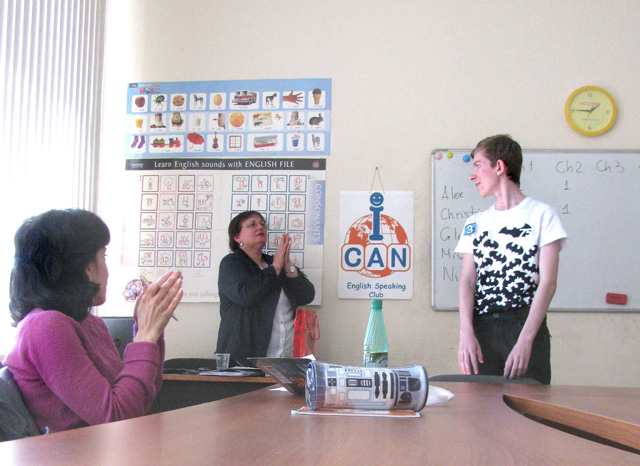 A funny photo! No, we are not praying - the word  had been spelled correctly and we are applauding :-)

In this challenge two participants interacted. The first one had to draw a card with a word from the bag, remembered the word and give the card to the teacher to present it to the viewers.

Then the first participant would be spell the word without looking at the board and the other one had to write what they were hearing.
In case the spelling and the writing were correct, both of them were given a point. 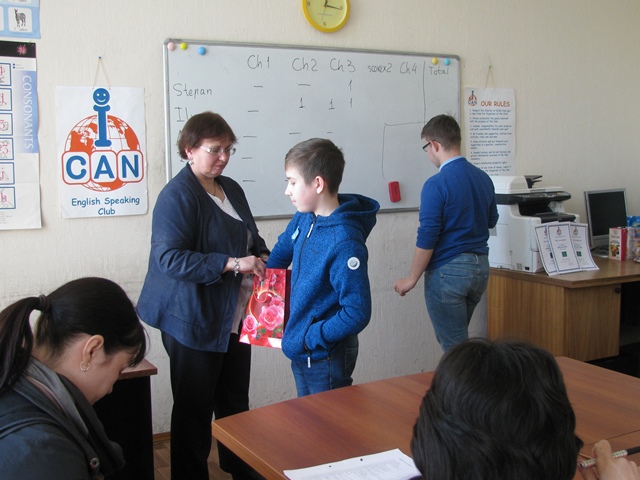 Now the second participant is spelling the word from the card and a third one is writing the letters of the board. 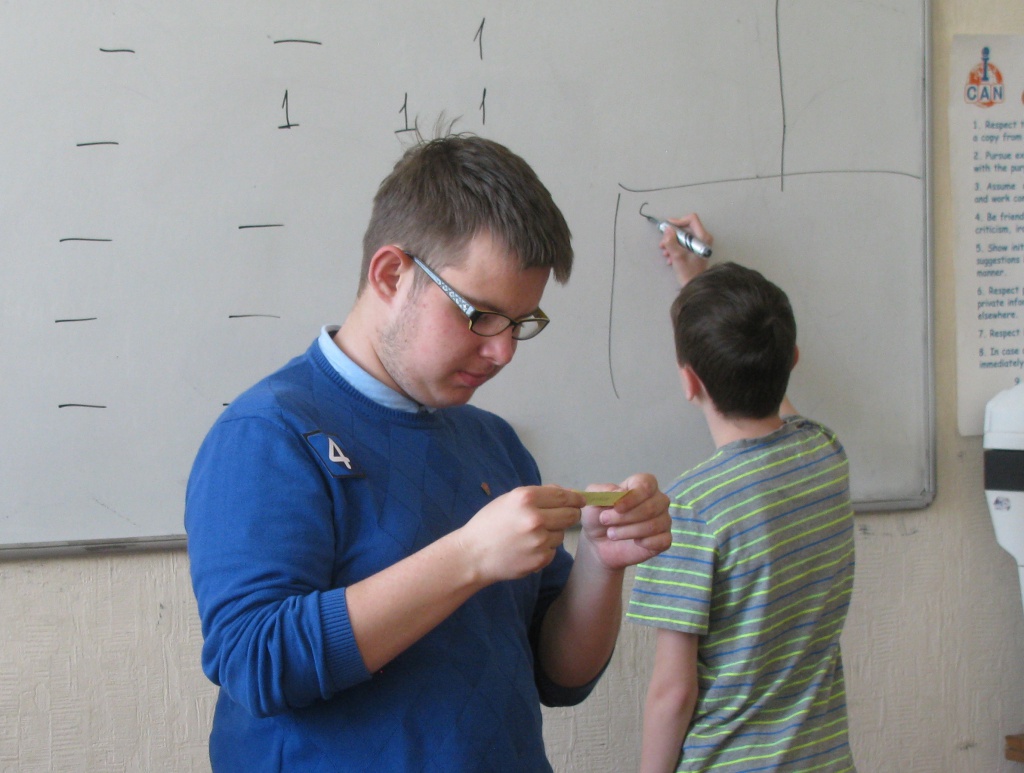 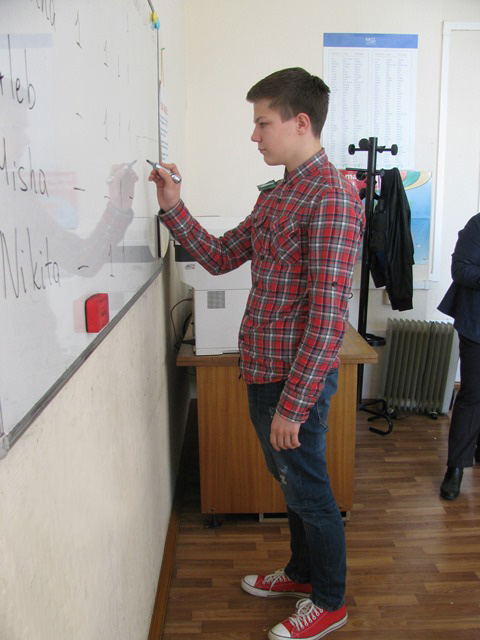 Challenge 4. Dictation – Translation
This was the hardest part. The purpose of including this task was to see how well the learners were able to use the words they had learnt.
We had been practicing the structures that are often confused by learners of English, such as "they are/ there are/ their",  Present Simple and Present Continuous, Past Simple and Past Perfect, the Passive Voice. The sentences offered for translation from our first language into English contained all these structures filled with the target words. A special emphasis had been placed on avoiding word for word translation and using the target phrases instead. To prepare for Spellathon many learners had been practicing writing and publishing their texts in our Community Talk. 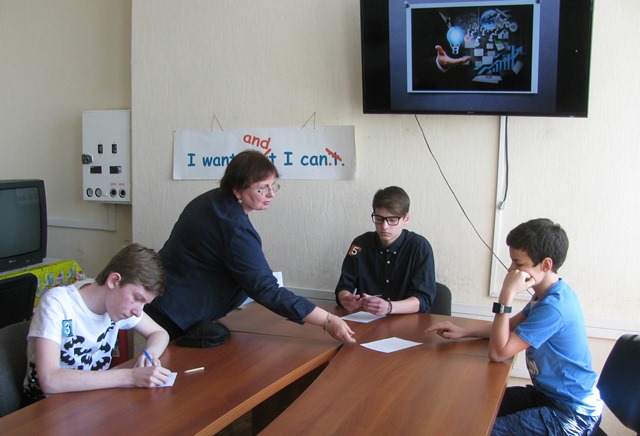 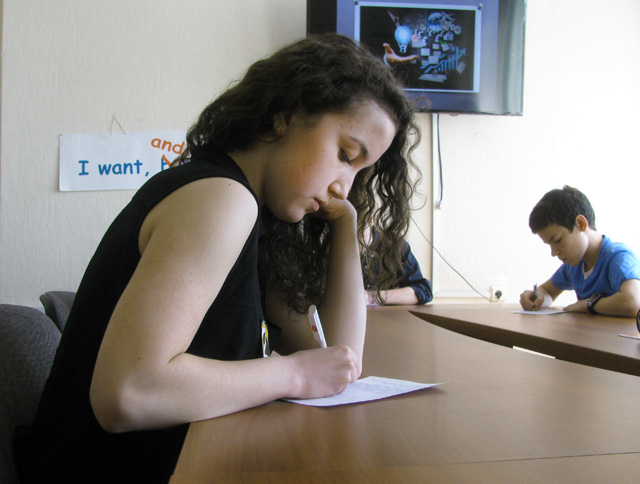 While the teacher was marking the translations and giving scores, the participants and judge played table games from the Activate set for developing speaking skills and well as the gamed designed by ICAN Club members. 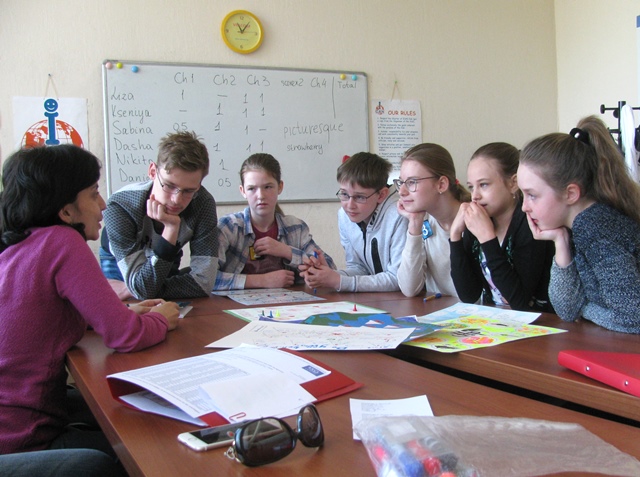 And now - the exciting moment! We are counting the final score! Can you guess the winners? 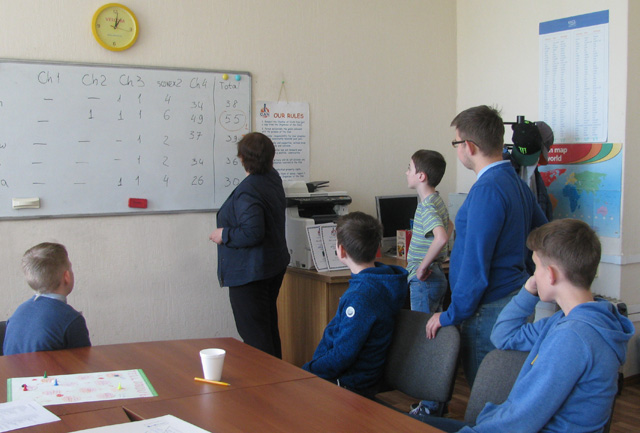 Here they are: three winners in each group! 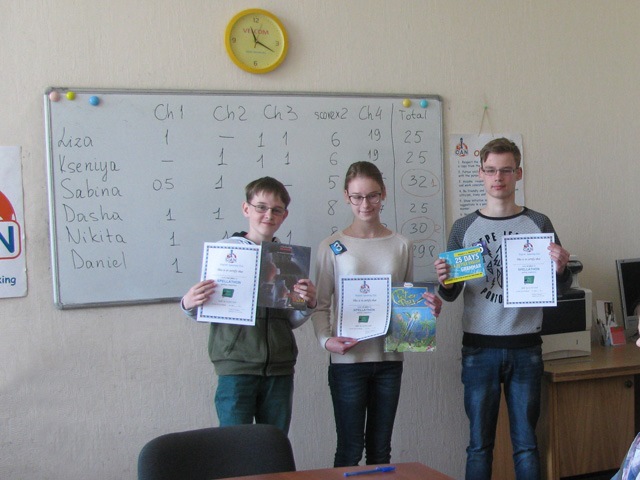 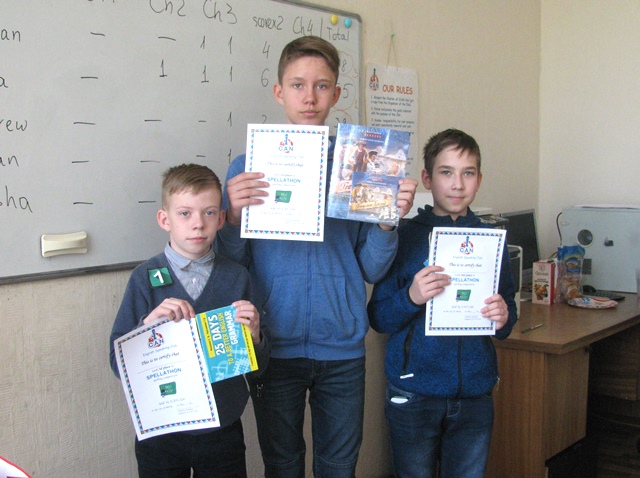 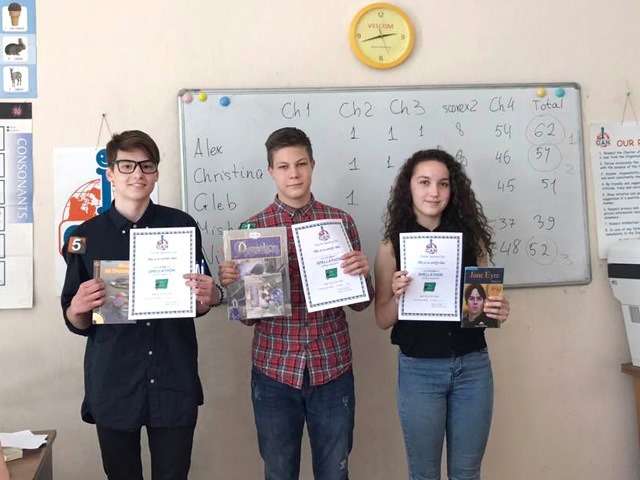 The certificates, the prizes, the feeling of satisfaction, and the most important - dramatically improved accuracy and precision of expression.
We usually buy interesting books with audio disks and learning tasks or videos from Lexis book store, which specializes in literature for learning English and other languages. 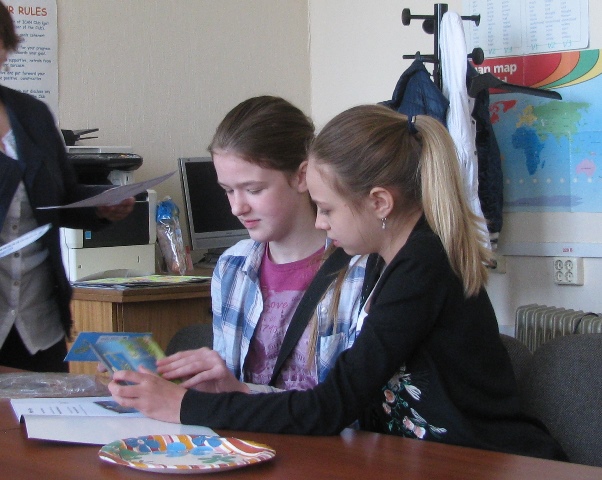 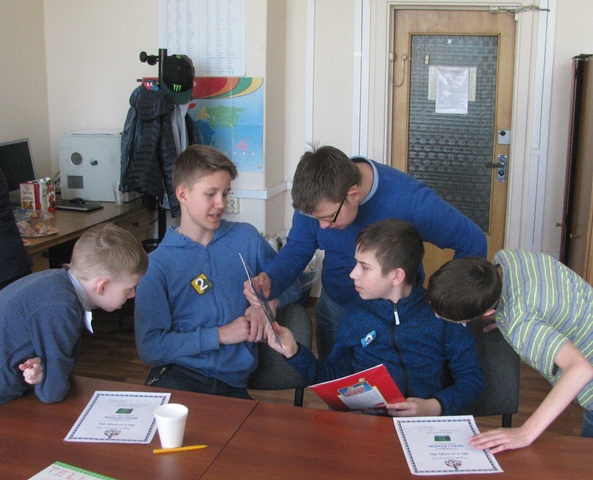 The most rewarding part of ICAN Club is to see how the kids are growing both as learners and as personalities, and also how they transform from little kinds into teenagers and young adults.

We have had Spellathon over ten years already. Here are some flash back to 2014 and 2015. Can you recognize our today's heroes and heroines  in these pictures? :-) 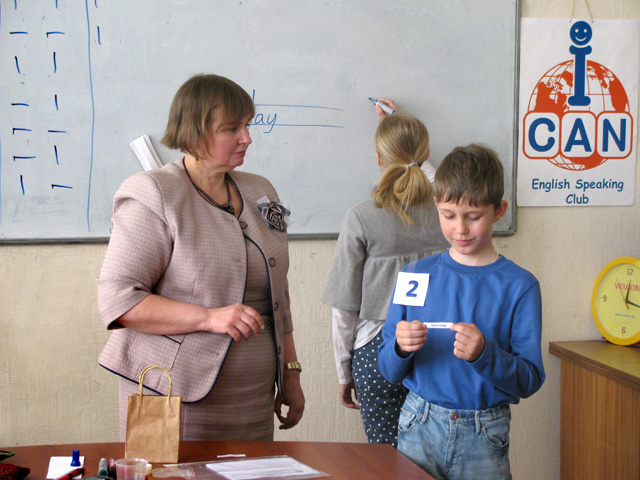 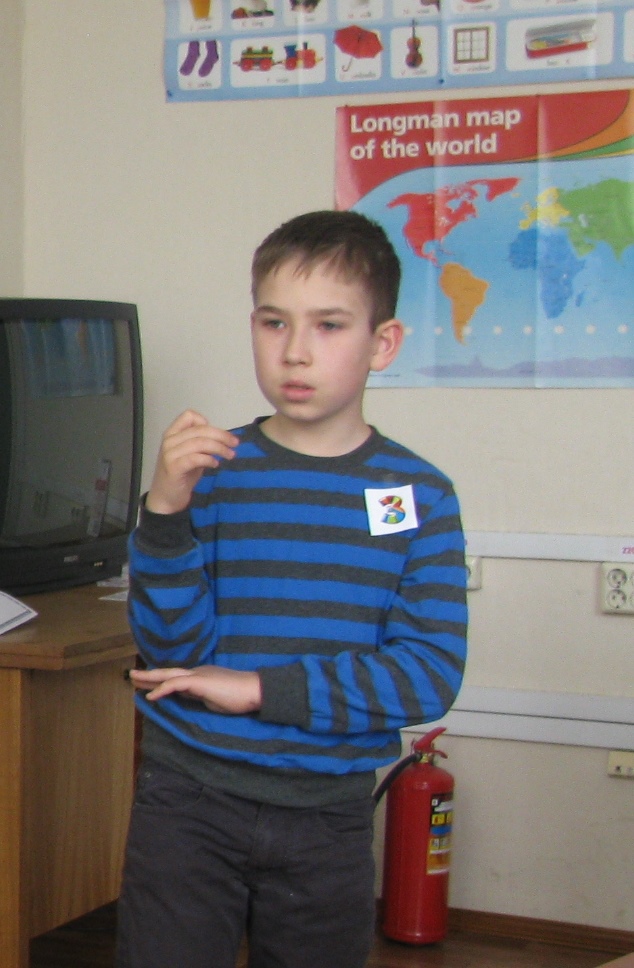 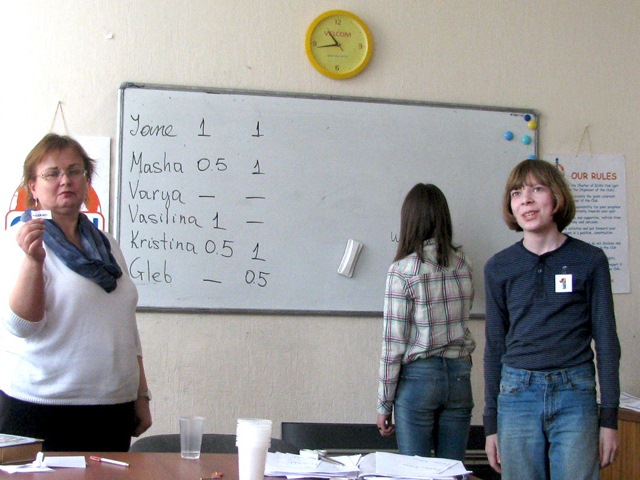 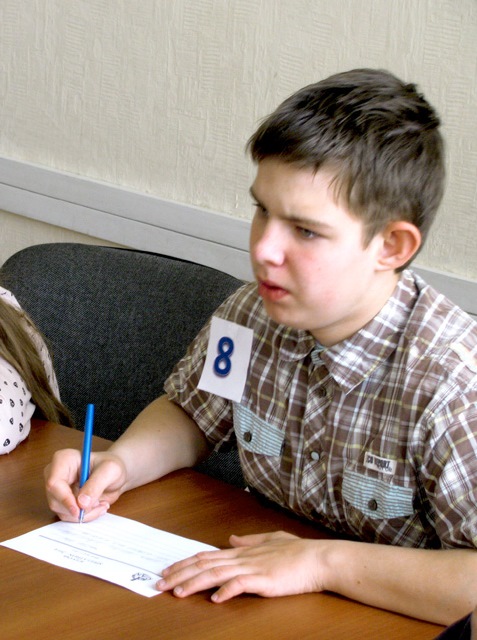 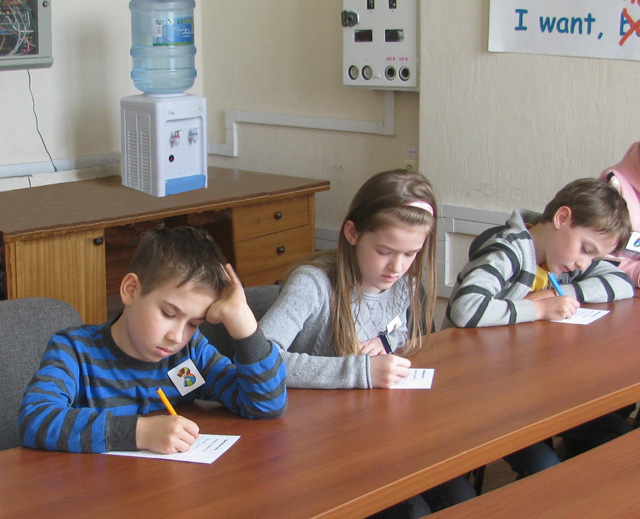 Spellathon is a great challenge. Students work very hard towards it. Each year I ask them if they wish to do it again, with new, more challenging words, and each year they say "Yes!" Who invented the myth that teenagers today have lost motivation to study?
Could it be that they need a real challenge?
We would like to bring this exciting competition to the next level and invite other clubs or schools to join. We usually start preparations in January. Please, do not hesitate to contact us if you wish to try this activity.