My notes on Namibia: Sand dunes and what they teach us 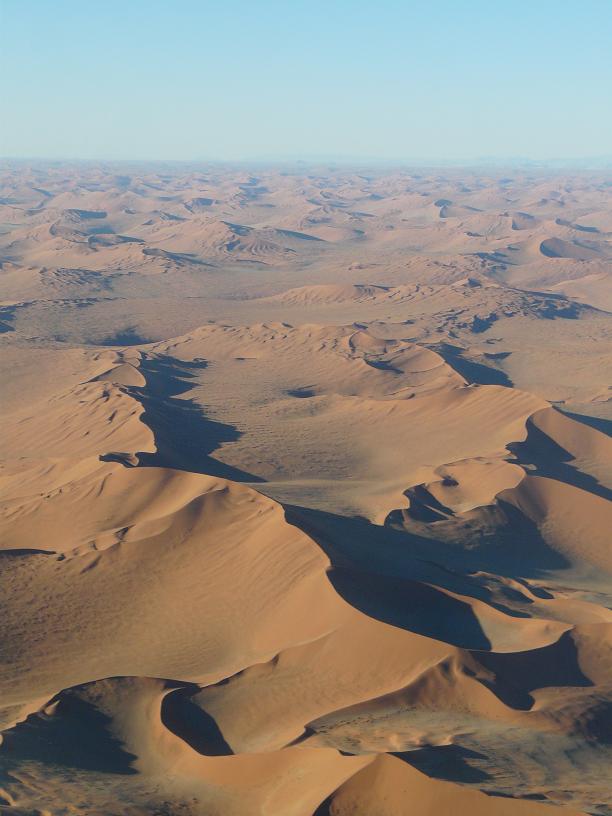 So, we all agree that Namibia is really not a place where there is nothing: it has quite a diversity of vegetation and tons of animals. Plus, this is where one can see sand, a lot of sand, lots and lots of sand that goes in dunes!

Before the Namib Desert I had seen a lot of Jordanian and Israeli deserts in the Middle East. There, with a little exception, it was nothing around but dirt. Namibia has an immense quantity of sand in some regions! It took millions of years to the nature to transform rocks into sand, so if you throw a little pebble into the mighty Orange River, in the course of time it will add to the region's sand dunes.

Before I went to Namibia I had learned that it has the highest sand dunes in the world. Of course, I wanted to see them! I looked at the map of the country to choose where to go for an adventure and soon realized that it wasn’t as easy as it sounded: there weren't roads that lead to dunes. No roads, just sand. What could I do to make my little dream come true? After doing a bit of research, a way was found: I was going to take a scenic flight over the dunes of Sossusvlei and enjoy the dunes from above.

Well, it is hard to exaggerate the beauty of the view I got. The dunes looked the way I had seen them in guidebooks and on TV. No, they looked even more breathtaking and magnificent! And from above, I discovered that dunes go in different shapes: some look like crescents, some like stars with several rays, some like snakes racing each other across the desert. There is an explanation for the shape that dunes have: it is all in the way winds blow. For example, if several winds that blow from different directions meet in one place, they form a star shaped dune.


The flight’s route went above abandoned diamond villages, and above several shipwrecks, and above the salt plantations, and above the wetlands where thousands of birds were resting and feeding. I kept pressing the shutter button on my camera again and again not to miss a shot. In fact, being busy with taking photos worked for me as the motion sickness medicine.

My advice to those who take a flight on a little plane: remember that the smaller a plane the more chances to get sick one has: simply take some motion sickness medicine before the flight so that you could fully enjoy it.