Tom Michalek, our presenter, is a teacher from the U.S.A. with a lot of experience of teaching in different environments and several subjects, one of them history. On July 18, 2017 he talked about the history and culture of "the Indians", i.e. Native Americans.
Please, scroll down to read the summary.

Tom Michalek developed his interest in the Native Americans' history and culture at the early days of his career as a teacher, at the time when the tragedy of there people was not generally recognized. Since then he has collected a lot of materials on this matter, and also artifacts and bibliography.
The map he started the presentation with shows the diversity of tribes and the territories they lived on. Sad figures: out of 10 million* of the indigenous peoples, who  were living in land that is now the United States when European explorers first arrived in the 15th century, less than 300,000 survived by 1900. /Atrocities Against Native Americans/. A vast majority of the people with their vision of the world, culture and know-how were wiped off by epidemics, war and genocide. Tom Michaleck presented the summary of their sad history. 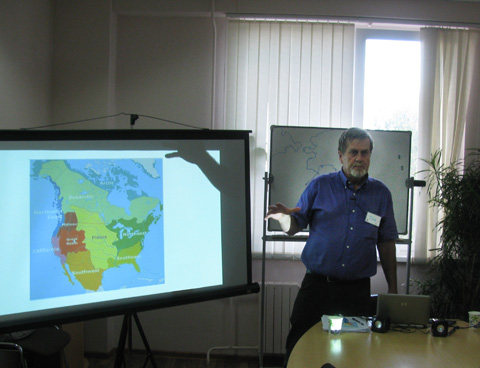 And, by the way, did you know that the terms "American Indians" and "Eskimo" are considered derogatory?

You probably know that the word "Indians" was first used by Columbus to refer to Native Americans, because he thought that he was in India. This geographical mistake should be corrected. We all should replace the term "American Indians" with "Native Americans" or "indigenous peoples of the Americas".

The word "Eskimo" is considered to be derogatory, because it was given by non-Inuit people and was said to mean "eater of raw meat". "Eskimo" is still commonly used in Alaska to refer to all Inuit and Yupik people, but not in other places. In Canada, the word  "Inuit," meaning "people," is used, while the Inuit people of Greenland refer to themselves as "Greenlanders" or "Kalaallit" in their language.

Most Alaskans continue to accept the name "Eskimo," particularly because "Inuit" refers only to the Inupiat of northern Alaska, the Inuit of Canada, and the Kalaallit of Greenland, and it is not a word in the Yupik languages of Alaska and Siberia.

The term "red skin" is an absolute no-go.


Following the history part, we looked at the overview of the culture of what used to be considered "savages": their religious beliefs, art and life-style. 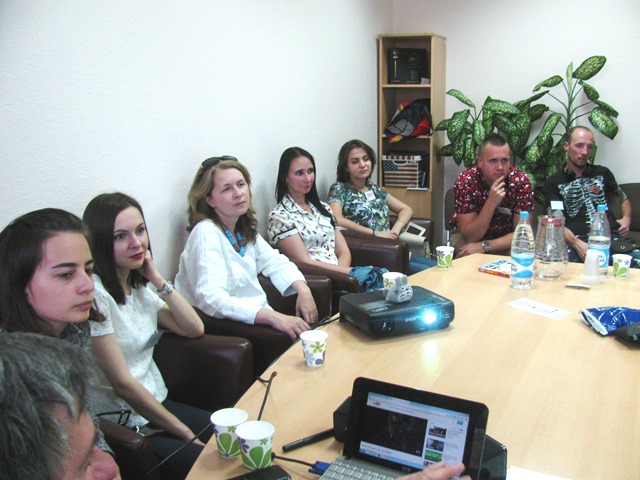 We are listening to the Ten Commandments of the Native Americans: a lot of food for thought! Write down in the comments which of the commandments should be incorporated in our today's life.


Another video presents traditional dance and costumes. It's good to know that the decedents of some tribes that have avoided extinction now have a chance to practice the arts they have learned from their forefathers and popularize their heritage. 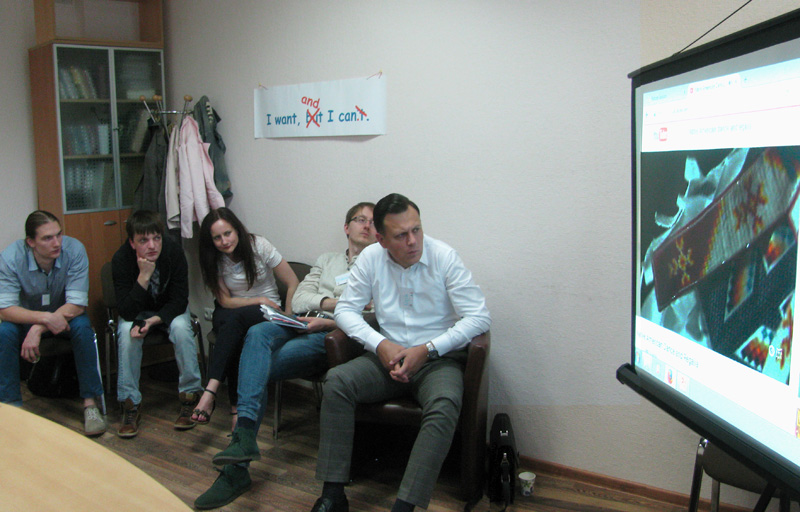 Archaeological research and analysis of cultural patters suggest that the indigenous peoples of the Americas came to this continent from different regions in Asia during the last Ice Age when the Bering Strait was frozen. 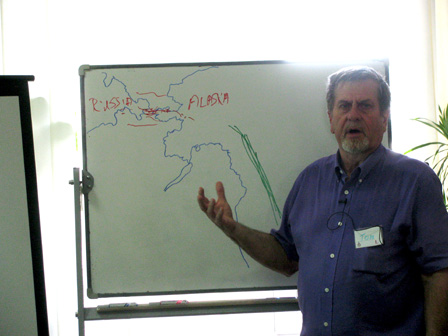 This happened some 10 thousand years ago. It's interesting to notice that in spite of this long period of isolation from their roots, the tribes have preserved some distinctive features of their original cultures. For instance, similar to the oriental cultures, the Native Americans also have their Zodiac Signs, only the animals are different. (Click on the photo to read the description) 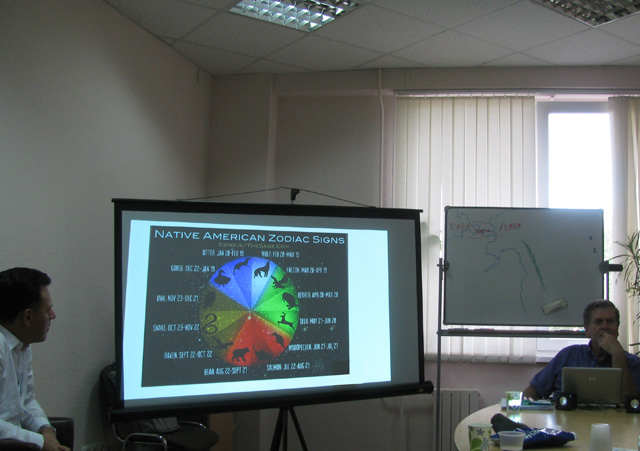 And here is the description of one of them. Otters, do you recognize yourselves? I do! 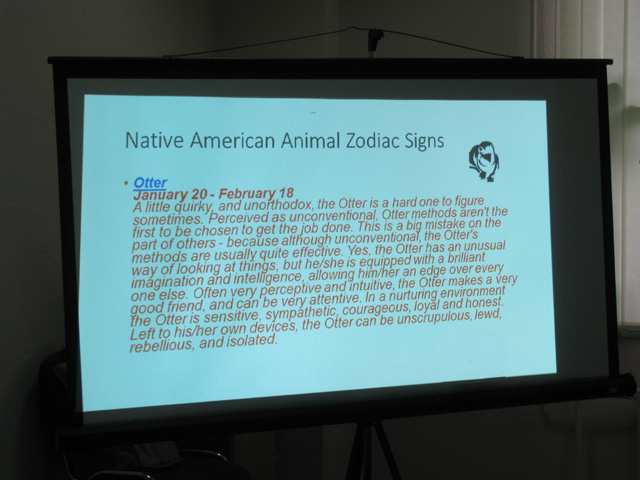 The influences of the Native Americans' culture on the culture and lifestyle of today's U.S.A. can be found in the names of some objects, such as "kayak", "moccasin", etc., animals: "opossum",  "llama", and in the toponyms: the Potomac River (the one which runs through Washington, DC). Look at the names of the U.S. states and count how many of them were derived from non-European languages.

In the end of the session, according to our tradition, there was a gift to the presenter and a photo together. 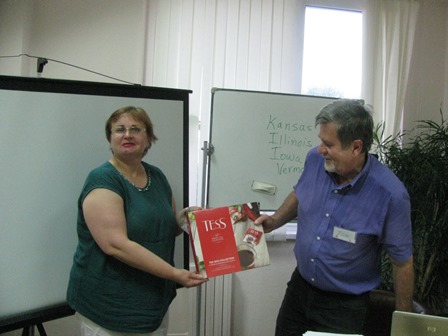 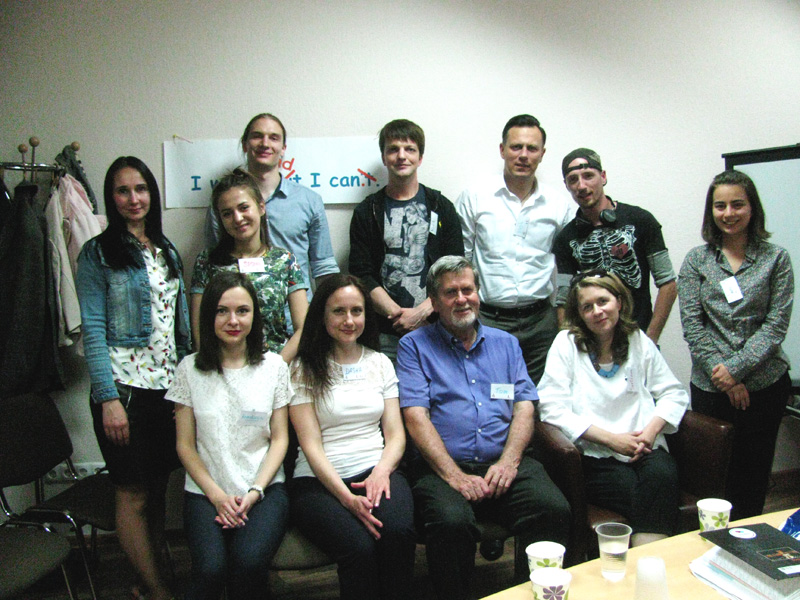 * Regarding the number of the indigenous peoples of the Americas in the pre-Columbian era, scholars' estimates of the total population of the Americas before European contact vary enormously, from a low of 10 million to a high of 112 million. The total number of Native Americans living in the U.S.A, today is 5.2 million according to  2010 U.S. Census. However, mind you, that this number incorporates both Native Americans, who live in reservations, and also in Alaska, where the extinction occurred at a smaller scale. It also includes those of more than one race. The number of Native Americans who live in reservation is decreasing due to poor living conditions and high level of addictions. Some Native Americans have become prominent figures, but in most cases they were able to stand out due to splitting away from their tribes and assimilating themselves with the Whites.
******************

We thank Tom Michalek for his passionate talk and the profound insight into the history and culture of the Native Americans.
Please, like and share this page, and also write your comments here under.
If you wish to come in ICAN Club with your solo-session, do not hesitate to contact the facilitator.
****************

ICAN Club is the best place in Minsk to practice communication is English and meet fantastic people. Join us every Tuesday at 6.30 pm. Follow the announcements here.