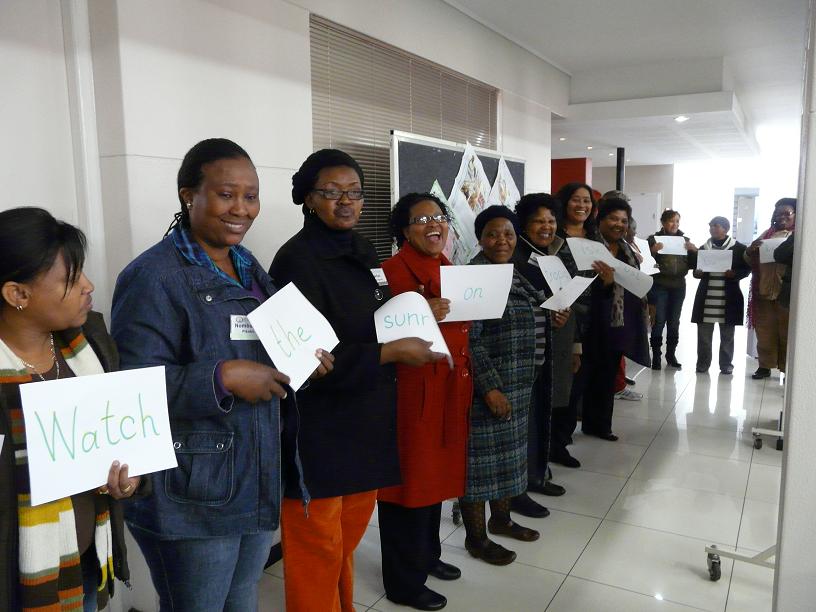 If you live in Belarus, races living together are not the issue for a discussion as it rarely happens in the Belarusian society, and when it does, it usually exists unnoticed by the majority. But because you are so used to almost homogeneous pale color of skin around, when you see someone different, it always catches your eye and surely provokes a range of emotions – from curiosity to feeling uncomfortable.

On the other hand, if you live or have stayed for some time in the States, you will be surprised due to a totally different reason – in the USA even mentioning the color of someone’s skin can be considered ‘politically incorrect’. So, to avoid possible problems with the law, Americans are so very careful when they talk about the race issue, that it sometimes becomes comically funny if not embarrassing.

The first time I realized that people in South Africa are free to speak about skin color was on my first day here, on my first flight from Johannesburg to Cape Town. When it came to the crew to introduce themselves to the passengers over the microphone, I heard something what would shock an American, “Ladies and gentlemen, we’re proud to introduce to you our today’s sweet team of flight attendants. Today, on the flight to Cape Town you have a dark chocolate James, a milk chocolate Wendy any a white chocolate Vivienne.” This full of energy and wit introduction was followed by a round of passengers’ applause, and it made me feel easy and relaxed.

An hour later, when I retold that “crew introduction’ accident to my friend, a non South African, he said, “Here, in Africa, they see and call themselves as ‘blacks’, ‘colored’ and ‘whites’. Later I got a little confused as I heard that they sometimes use the word ‘colored’ to distinguish an Indian, or an Asian. However, sometimes Indians and Asians are considered as separate groups, whereas ‘colored’ is used for descendants of parents of two different races: the ruling whites and the serving them blacks. In fact, mixed marriages were prohibited for a couple of hundreds of years. Nevertheless, apparently the restrictions didn’t work well all the time.

So, South Africans call themselves “The rainbow nation’, and I love it. I love that they recognize that they are different; they don’t make a fuss out of what word to use to give a name to the obvious; they don’t see calling a white ‘white’ as ‘hurting their feeling’, and I appreciate and respect that.