The United States Presidential Election of 2016: Please, Vote for Peace!

Two weeks before the United States presidential election of 2016 in, the tension is increasing with every passing day not only in the U.S., but also worldwide. The United States is such a big player on the global arena, that whether we want it or not, we all depend on the political decision that will be made by the American people on November 8, 2016

Frankly speaking, before yesterday night I had been fed up with the non-stop stream of videos and quotes of Donald Trump, which, on the one hand, repeatedly outraged my U.S. friends and colleagues, but, on the other hand, de facto kept increasing his popularity. Not willing to work for him, I had never said a word nor shared a post criticizing him. I took the role of an observer and had never said a word about any of the nominees before today.

But today, having watched the FULL FINAL DEBATE between Donald Trump and Hillary Clinton on October 19, 2016 in the University of Nevada Las Vegas, I do feel that I should also say my little word on this. 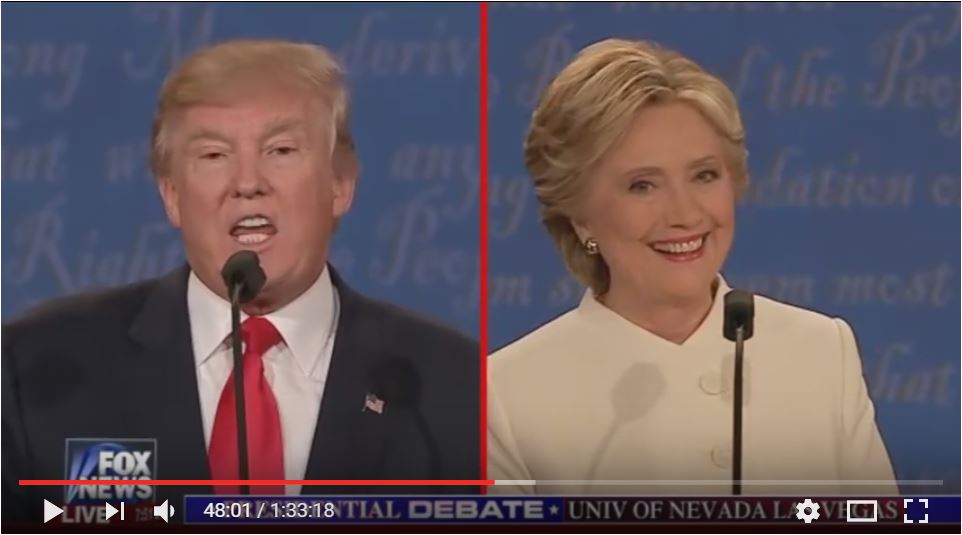 Watching this debate I had been increasingly feeling that it was not about the acrimony between Mr Donald Trump and Ms Hillary Clinton, nor was it a fight for the White House between the two contesting nominees – it was the transitional moment from the previous epoch of men and power dominated political approach to problem solving by means of violence to the new epoch of empowering millions through education, governmental assistance and the vision of the global change towards a more fair balanced world.

I would like to skip the rude and manipulative comments made by Mr Trump - people have already contributes too much to growing his popularity by their criticism, and I am really concerned that the principle of negative suggestion would take effect.

I would like to do the opposite – I will speak about the role of Hillary Clinton in creating this new world of understanding and cooperation for the future.

Few people know that it was under Hillary Clinton as Secretary of State that the United States started assisting teachers of English globally by providing us with free training online, free learning materials, and also encouraging us cooperate direct globally. The Department of State recognized the crucial importance of teachers of English in facilitating understanding among peoples and individuals. Еvery single day world wide – in Africa, Asia, Australia, Europe, South and North Americas and in Oceania – teachers of English enter their classrooms to teach adults and children the same dialogues, the same communication skills: being friendly, supportive, respectful to all people regardless of race, nationality, income and social standing. While supporting us in this, the Department of State has been doing it in a politically correct manner: distributing linguistic and cultural materials free of political propaganda, encouraging everyone to share their cultural values and cooperate.

Actually, what is being done globally by thousands of teachers of English – we are working to eliminate the Tower of Babel punishment. I do not know any other country that would understand that and would be doing a little fraction of what has been being done by the U.S. Department of State after Hillary Clinton took the office. 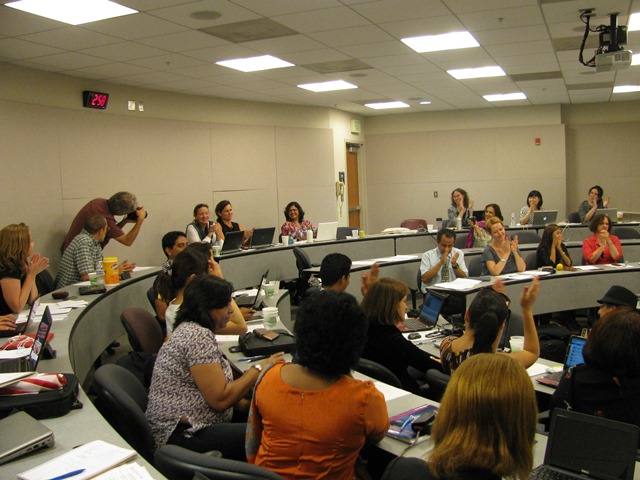 This large scale program for teachers of English, which costs nothing in comparison with the spending on missiles and nuclear warheads – favorite tools of the teenage male politicians -  alone can testify in favor of Hillary Clinton's vision and understanding of the future. And since the choice made by the Americans on November 8, 2016 will affect us all, I humbly and kindly ask all my American friends: please, vote for Hillary Clinton. We are all so tired of wars, we are all so tired of confrontation – please, give peace a chance.