How word become a real

Do you know how people can affect a language? Which academic institutions try to control the language and how do they do it? Let us follow the talk by Anne Curzan, a professor of English, from TED.com about the development of lexis of the English language.

Everybody will, probably, agree that new words and changes of words’ meanings influence the development of the language. According to Anne Curzan, there are two ways how new words appear in dictionaries.

The first one is slang. Yes, once a slang word can enter the dictionary. For example, the word "hangry" (hungry + angry). The second way is the development of science and technology, which leads to formation of new terms. Such words as "web", "wi-fi"  have already appeared in the dictionaries.

Another way of affecting languages is the change of words’ meanings. There are a lot of words the initial meaning of which has changed with time. For instance, as Anne Curzan mentioned, the first meaning of the word "nice" used to be "silly". The word "decimate" used to mean "to kill one in every 10".

As we can see, languages are changing to become more flexible.

Can anybody control the development of a language and how?

Some universities and professionals, who specialize in the language, try to influence the development of the language. They do research to find new words, to calculate the frequency of using these words. There are Usage Panels, who can give us a sense of the range of opinions about contested usage. However, none of them can impose on the people's opinion, which word should be considered "real".

I think, this is a typical descriptivist position, which tries to understand how the language works and map those patterns without telling people how to use it. Descriptivism ensures that the written variant of the language is updated to follow the dynamics of the language as used by the people.

Yes, only the community of speakers can decide, whether a word will live or die by using or neglecting it. If the predominant majority of speakers start using a new word, others are forced to use it too, or its new meanings, because there is no alternative, if they want to be understood.

Do we decide to become infected by a virus? No. We are simply walking along the street and, at some moment we start feeling funny. The same thing happens with new words. We can dislike a new word, but at some moment we can find ourselves using it.

This means to say that people can affect the development of their language by an individual choice which results in a common decision, which is later reflected in dictionaries and language textbooks and become mandatory. 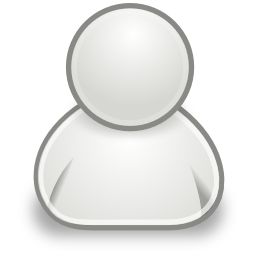